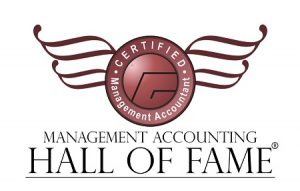 Ms. Adele Ferguson AM is a multi-award-winning business writer, columnist and author for leading newspapers, The Age, The Sydney Morning Herald and the Australian Financial Review. She is a regular guest reporter on ABC’s Four Corners and 7:30 reports. With more than 20 years in journalism, Adele carries a reputation as one of Australia’s most awarded journalists.

Her investigations go behind corporate spin and expose corporate wrongdoing. She is a strong advocate for improving whistle-blower protections and giving vulnerable people a voice. The Institute of Certified Management Accountants, being a strong supporter of corporations needing transparency and taking responsibility for their actions affecting the environment and society, applauds Ms Ferguson for her untiring efforts to hold corporations more accountable for their actions.

Some of her exposés include the 7-Eleven wage fraud scandal which so far has resulted in compensation payments of more than $150 million to thousands of vulnerable foreign workers and changes to the law. She has also exposed wage fraud inside other franchise giants including Domino’s and Caltex and helped trigger a parliamentary inquiry into the $170 billion franchise sector.

Whilst all of these exposés have significant financial and corporate social responsibly implications for management accountants, it is her series of investigations into the banks over the past five years that helped bring about a Royal Commission into the sector, for which she is particularly honoured. Even defenders of the banks were blindsided by the Commission’s final report.

Ms. Ferguson started her career in journalism at The Advertiser. She has also worked at BRW magazine as deputy editor and chief business commentator, leading many major investigations into the corporate sector and was a senior columnist at The Australian. She is the author of the best-selling unauthorised biography on Gina Rinehart, the richest woman in Australia, and Banking Bad in which she tells the full story of the revelations of the Royal Commission that rocked the nation; detailing power imbalances, toxic cultures and cover-ups in the banking and financial services sector in Australia.

Ms. Ferguson has a bachelor of economics and arts degrees from Adelaide University. Her journalism awards include eight Walkley awards including the Gold Walkley for her Four Corners program Banking Bad, two Gold Quill Awards, two Gold Kennedy Awards, a Logie and the Graham Perkin Journalist of the year. In 2019 Adele was awarded a Member of the Order of Australia (AM).