Australia Should be Exporting Climate Solutions instead of Climate Problems

You Are Currently Here:Home > Media Releases > Australia Should be Exporting Climate Solutions instead of Climate Problems 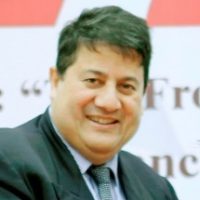 Professor Janek Ratnatunga, CEO of the Institute of Certified Management Accountants, says that Australia should change its priorities from mining lithium to refining and processing lithium batteries, and  ultimately manufacturing electric vehicles.

In an hard-hitting opinion piece he says that Australia cannot continue to remain a ‘lazy country’ and just export its minerals to other countries, especially China, to manufacture products and sell them back.. Australia’s wool is imported by China, not for its own consumption, but to value-add and export to the world. The list goes on. Of recent times, Australia has been subjected to ‘bullying’ by being over-dependent on some countries that import large quantities from its agriculture and mining sectors.

Prof Ratnatunga says that investors have taken notice of renewed signs of strengthening sales of EVs in China, Europe and now USA. Interest in the lithium mining sector has soared with each new announcement of a major car maker’s plans to go fully electric or major economies announcing multibillion-dollar investments to push the electrification and decarbonisation of their transport infrastructure.

Some analysts are projecting EVs to comprise 40 per cent of new vehicle sales by 2030, fuelling an increase in lithium demand.

Prof Ratnatunga said that such numbers indicates that if Australia embraces the world’s accelerating transition to clean energy it could become a renewable energy superpower.

However, he says that first Australia must turn its focus from exporting planet-warming fossil fuels such as coal and gas, to exporting the minerals required for EV and other battery technologies.

Large amounts of Australia’s raw materials are typically shipped thousands of kilometres away to be processed and turned into higher-value products such as battery cells in China and other Asian countries due to an absence of a strong local refining sector.

Recently, Ms. Robyn Denholm, the Australian-born chair of Tesla, said that Tesla spent US$100 million on raw Australian lithium for its cars. However, if the lithium needs of Tesla was processed onshore in Australia, the value would have been more like $US1.7 billion. “That is a $US1.6 billion annual opportunity and growing”, she said.

However, Prof Ratnatunga asks, “why stop at refining? Why not produce the battery cells?  And what is the impediment to Australia manufacturing the EVs themselves?”

Tesla is putting up what Elon Musk calls ‘giga factories’ in Berlin, Shanghai and Austin, Texas.

“Why are none of these car manufacturing factories in Australia?”, asks Prof Ratnatunga.

“Why are the European and Japanese car manufacturers not interested in Australia? The answer is simple but tragic. Australia has lost its car manufacturing expertise due to its high labour costs and outdated factories.”

But today’s factories are different, heavy automated, with robotics and artificial intelligence. Even the energy to run these giga-factories are sourced from renewable solar and wind energy that is stored in lithium batteries on site.

About the Author
Professor Janek Ratnatunga is the CEO of the Institute of Certified Management Accountants, Australia. He has held senior appointments at the University of South Australia, Monash University, University of Melbourne, and the Australian National University in Australia; and the Universities of Washington, Richmond and Rhode Island in the USA. Prior to his academic career he worked as a chartered accountant with KPMG. He has also been a consultant to many large Australian and international companies and to the World Bank.