Home > About Us > Recognition
The ICMA is accredited by the Commonwealth of Nations under the category of Civic Organisations. 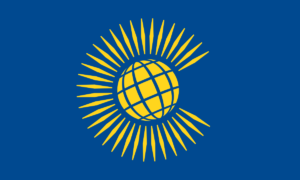